We don’t often think about the power coming into our home unless we experience an interruption in service. However, it is a good idea to have a grasp on this process, which can otherwise be referred to as the U.S. electric power grid system. Through this system, electrical power travels from a power plant to your house through a system called the power distribution grid. This article will explain what the grid is, how it works, some history of the grid and future updates planned.

What Is A Power Grid System?

The electrical grid is defined as the electrical power system network which is comprised of the generating plant, the transmission lines, the substation, transformers, the distribution lines and the consumer. Electricity generation facilities have been developed in two locations that are far from consumption centers. The electric grid acts to connect the two.

Power stations may be located near a fuel source at a dam site of may take advantage of renewable energy sources. They are often located in heavily populated areas and are typically large in size to take advantage of economies of scale. However, they can vary in size as some may cover a single building while national grids can cover whole countries and transnational grids can cross continents.

How Does the Power Grid System Work?

You have been provided with a good general description of how the power grid system works, but to get a more in-depth explanation, it is important to familiarize yourself with the three main components of the grid and their functions. These include: 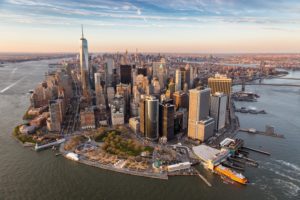 Transmission and Distribution: The act of transmission is the transporting of electricity from its location to generated points of consumption. Transformers, substations and power lines are all involved in this process. When electricity is at high voltage, transmission losses are minimized over long distances and resistive transmission lines. Because of this, substations containing transformers are present at the point of generation. These work to step up the voltage of electricity so it can be transmitted. The transmission occurs through powerlines which can be located either overhead or underground. When it arrives at its destination, there is another substation and transformer present which steps down the voltage making it usable for consumption.

Consumers: Electricity can be used in industrial, commercial or residential applications. Each consumer will have different needs but, in general, running lights and machinery are common energy services.

Grids are designed to supply voltage at constant amplitudes. This must be achieved despite the fact that there are variable reactive and even nonlinear loads with electricity provided by generators and distribution and transmission equipment that is not perfectly reliable.

If the grid is synchronous, all generators must be running at the same frequency and say in phase with each other and the grid. In the case of rotating generators, a local governor regulates the driving torque assuring that speed remains constant as loading changes. Droop speed control ensures the multiple parallel generators share load changes in proportion to their rating. Generation and consumption must be balanced across the grid because energy is consumed as it is produced. Short term storage of the energy is made by the rotational kinetic energy of the generators.

There may be small deviations from the nominal system frequency which can be essential is regulating individual generators and determining the equilibrium of the grid. When the grid is heavily loaded, the frequency will slow and governors will adjust their generators so that more power is output. When the grid is lightly loaded, the grid frequency runs above the nominal frequency. This is taken as an indication that the generators should reduce their output. The Automatic Generation Control systems take note of this to keep the grid balanced.

There’s also a central control which can change the parameters of the AGC system over amounts of time that may equal a minute of more. This can also help to adjust regional network flows and the operating frequency of the grid. Over a 24 hour period, the nominal frequency may vary to balance out momentary deviation. This will prevent line-operated clocks from gaining or losing a significant amount of time.

History of the US Electric Power Grid System

The first commercial power grid system was launched by Thomas Edison in lower Manhattan in 1882. Around the time, there were over 4,000 individual electric utilities that operated in isolation, providing low voltage power plants that served customers locally through short distribution lines.

As the demand for electricity increased during the post WWII era, the utilities found that it would be more efficient if they could interconnect their transmission systems utilizing Edison’s ingenuity. That way, they could share the benefits of building larger, jointly owned generators to serve the increased electricity demand at the lowest possible cost and avoid duplicative power plants. This also served the reduce the extra capacity each utility had to hold to ensure reliable service. As electricity demands continued to grow, so did a need for new power plants and higher voltage connections that could carry the power across a long distance. 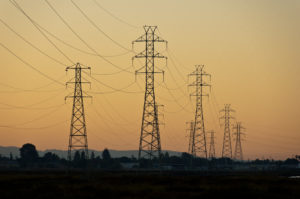 The electrical grid is a marvel of engineering but also has many faults and is in need of continuous upgrades to continuously meet increasing energy demands. Some recent upgrades made where to deploy a wide range of advanced devices including more than 10,000 automated capacitors, over 7,000 automated feeder switches and about 15.5 million smart meters. All this is part of the Recovery Act funded Smart Grid Investment Grant and Smart Grid Demonstration projects.

The smart grid is an electrical grid which uses a variety of operational and energy measures including smart meters, smart appliances, renewable energy resources and energy efficient resources. Electronic power conditioning and control of production and distribution are all essential to the functioning of the smart grid.

The smart grid provides a more reliable machine that can improve fault detection and allow for self healing. It will provide a more reliable supply of electricity that is not as vulnerable to natural disasters or attack. It will also be a more efficient method of transporting electricity with the ability to reduce voltage on the distribution lines when possible which can lead to lower prices for companies and consumers. There will also be an increased use of renewable energy sources like solar and wind power due to the flexibility of the system.

The power grid system is a wonder of technology and it is important to understand how this system works in providing our homes and offices with power. We can see how it grew from its beginnings and how it continues to evolve to meet the ever increasing energy demands. It will be interesting to see the developments made in to the electrical grid in the coming years as we look forward to a more reliable and efficient model.

Residential solar panels are becoming increasingly common across the United States. With pricing coming down, many consumers can now afford the initial cost outlay for solar panel installation, and many states are now offering tax breaks for residents who install solar. Related posts:How To Save Electricity With Energy Efficient Light BulbsHow To Stay Safe With Christmas Lights: Safety TipsHow To Avoid The Dangers of Carbon Monoxide Poisoning Related posts: Does your home electrical wiring need upgrading? Upgrading Wiring to Charge Electric Cars at Home Benefits of Ventilation Fans in Your Home How To Improve Room Lighting: Tips and Ideas