Whether you are a DIY homeowner or an electrician, there are a few basic electrical terms that you want to be familiar with. These will help you better understand what your electrical job entails, as well as being better able to communicate your needs to salespeople you are buying supplies from, or those you may be working with. Read on to find out the basic electrical terms you should have in your vocabulary. 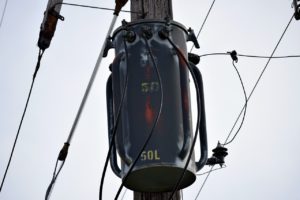 Getting familiar with these basic electrical terms should give you a better understanding as to how electricity is measured.

Volt: The unit of electromotive force or measure of electrical pressure, abbreviated as V or v.

Amp: (Or ampere) the unit of intensity of the electrical current, abbreviated A or a.

Watt: Unit of power or rate of work represented by a current of one ampere under pressure of one volt. Abbreviated W or w.

Ohm: The unit of electrical resistance, abbreviated with an omega symbol.

These are some basic electrical terms that refer to the supplies commonly used in electrical applications.

Transformer: Converts an alternating electrical current from high to low or low to high potential. Can transform powerful current from utility companies so they are suitable for household use.

GFCI (Ground Fault Circuit Interrupter): Intended for protection against electric shock, de-energizes a circuit or portion of the circuit when current to ground exceeds preset value.

Circuit Breaker: Opens and closes a circuit by non-automatic means to open the circuit automatically on a predetermined overcurrent without damaging itself when operating according to its rating.

Fuse: An over current protective device with a circuit opening part that is heated and broken by the passage of an overcurrent through it. An alternate to a circuit breaker, though a circuit breaker is more likely to be found in newer homes.

Box: An enclosure that provides access to the electrical wiring system

Lamp: A device which generates light 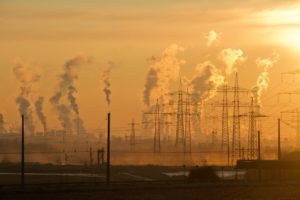 These are basic electrical terms that have to do with how electricity works.

Circuit: A complete path from the energy source through conducting bodies and back to the source.

AC and DC: Abbreviations for alternating current and direct current.

NEC (National Electrical Code): a document produced by the National Fire Protection Association, made to reduce electrical hazards from occurring. The NEC dictates the legal jurisdiction over electrical installations.

Overload: When electricity operates in excess of normal full load rating or rated ampacity. This could cause damage or overheating if continued for a certain amount of time.

If you work with electricity in any capacity, it is a good idea to familiarize yourself with these basic electrical terms. This way, you will be better able to understand what is necessary to complete certain electrical tasks. It can also be helpful to homeowners who are looking for electrical work done in their home so that they understand what is necessary in order for the job to be completed. Getting familiar with these terms could be valuable for many reasons and it’s a great idea to try and learn a bit about how they apply to your world.

Electrical Supply: What is a Time Delay Fuse?
The future of coal as a useful energy source
Recessed Outlets Definition

Residential solar panels are becoming increasingly common across the United States. With pricing coming down, many consumers can now afford the initial cost outlay for solar panel installation, and many states are now offering tax breaks for residents who install solar. Related posts:Glossary of Workplace Electrical TermsScientists Study the Possibilities of Evaporation as a Renewable EnergyThe Definition and Types of Electrical Outlets Related posts: Does your home electrical wiring need upgrading? Upgrading Wiring to Charge Electric Cars at Home Benefits of Ventilation Fans in Your Home How To Improve Room Lighting: Tips and Ideas