An electrical circuit works as a loop where electricity flows from a source and then returns to that point again after powering the device connected to it. The power flow interrupts or stops if the path is broken. There are also receptacles, fixtures, or switches joined to the course through different types of electrical wiring.

Every electrical circuit has a specific breaker or fuse that controls it. Inside the main electrical panel of your house, you will find reference numbers to identify which breaker or fuse is assigned to which circuit. Mapping of them is a standard electrical safety procedure.

What Is Electrical Circuit Wiring? 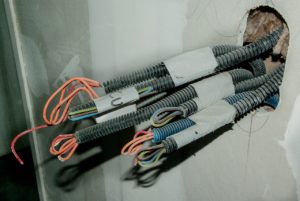 The power company supplies electricity to your home through the transmission and distribution lines. The energy enters the service panel, also known as the fuse or breaker box, after passing through a meter. Then, the box has three wires (hot, neutral, and ground featuring insulation of different colors) that do the jobs of transmitting the power to an external outlet, returning to the source, and providing the ground.

The amount of electricity a wire can carry depends on its thickness. The thicker it is, the more power it can transmit. It can overheat if too much current passes through it, which may lead to a fire or shock. However, the box will protect your home from any such accident if all the wires are securely installed inside it.

An Understanding of Electrical Wiring for Circuits

The wires of your home are generally installed in three ways:

It’s a wiring system where a single electrical circuit supplies power for several devices. There are various housing boxes from where both hot and neutral wires emerge and run along the route. They branch off to single receptacle and fixture.

It’s the most common of all the systems seen in residential settings.

Installed on hot wires, such a system has switches that either transmit or break the current flow to various devices or lighting fixtures. A switch changes its position to allow or interrupt the flow of electricity to electrical machines and instruments.

The system routes the hot wire through various fixtures before joining to the neutral one, which then carries the power to the source. It’s the least used and most inconvenient of all the types because it connects the devices, i.e., lights in a series. So, the circuit breaks off when just one light is burnt out.

What to Do When a Circuit Breaks? 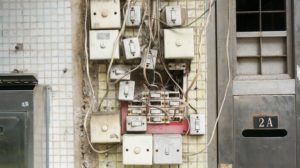 It happens when it has to transmit more electricity than the recommended amount. In that case, you have to reset the tripped breaker or change the blown fuse and remove some electrical load. For example, if you are running several appliances on one circuit, plug out one or two.

Parallel wiring is the best option for household settings because it does not break even when one of the connected fixtures goes kaput. Nevertheless, remember not to run too many electronics from one source because each circuit can carry only a maximum electrical flow.

The future of coal as a useful energy source
Electrical Supply: What is a Time Delay Fuse?
How is Electricity Made and Delivered to Homes and Businesses?

Residential solar panels are becoming increasingly common across the United States. With pricing coming down, many consumers can now afford the initial cost outlay for solar panel installation, and many states are now offering tax breaks for residents who install solar. Related posts:Gas vs Electric Cooking: Which is More Energy Efficient?How To Save Electricity With Energy Efficient Light BulbsBrief Reviews of Different Electricity Sources in 2017 Related posts: Does your home electrical wiring need upgrading? Upgrading Wiring to Charge Electric Cars at Home Benefits of Ventilation Fans in Your Home How To Improve Room Lighting: Tips and Ideas