Trying to get started with understanding home electrical systems?

A home electrical system consists of various components that enable the safe delivery of energy to different sections and appliances in the household. Even though the system may appear complex, it is important for the homeowner to understand a few basics.

This would help you when things do not work or there is an emergency that requires turning off circuits or the entire installation. In addition, an understanding of the home electrical system will help the owner respond to questions from prospective buyers. 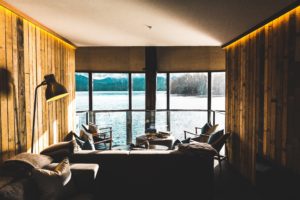 The basics components of the system includes:

Once the line coming from the pole is terminated at the home’s entry point, it goes through an electrical meter before anywhere else. In most cases, the main switch and fuse follow the meter after which a cable goes from here to the main breaker panel.

Separate wires then run from the control panel to various circuits inside and outside the house. Common circuits include the electrical outlets, lighting circuits, garage, security lights, water pumps, kitchen, bathroom and hard-wired appliances.

The meter is usually installed outside the house in a convenient location that the staff from the electricity company can read without entering the house. Although most meters are one way, and only records the power into the household, there are special meters designed for installation that export renewable energy to the grid. The meters can compute the difference between the power from and to the grid.

Common types of meters include the old mechanical models with spinning wheels and an analog or digital readout. The modern meters for new installations are usually the digital type and some incorporate the smart options. There are also some places where consumers have the Pay As You Go meters which can be installed inside or outside the house since these do not require any reading by the utility company. 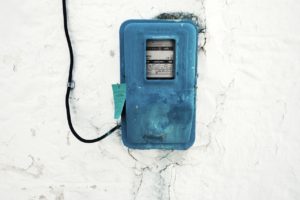 All the electrical circuits in the house originate from the main breaker panel. The panel is usually inside the house and near to the power entry point. However, the panel can also be far, and especially when in a multi-family structure.

The rating of the panel determines the number of circuits and power that the home electrical system can support. Some older homes have been using the 100 Amp service, smaller installations use a 60 Amp service while newer and larger houses are built with 200 amps to accommodate the increased number of electrical and electronic equipment commonly used in a modern household.

Different loads require the correct size of cables and breakers that can handle the current without heating up. For example, an air conditioner requires a 30 amp circuit while a kitchen may use two 20 amp circuits.

If there is a fault, such as a short circuit or overload, the breaker trips and cuts off the power to the affected circuit, hence preventing further damage that could lead to fire. Before resetting the breaker, you should first ask an electrician to check and rectify the problem.

A home electrical system consists of different individual circuits originating from the main breaker panel. The wires from the panel run to the rooms to supply the outlets, lights, and hand wired appliances. In most cases, several rooms may share the same circuits such that all the lights in the house are on one breaker, outlets on another breaker, etc.

Some dedicated circuits from the main breaker may go directly to the hard-wired appliances and nowhere else. Equipment such as the electric water heaters, furnaces, and air conditioners are usually installed on their own. Other hard-wired devices include the smoke alarms, which may also have battery backups so they will work even when there is a power outage or a fire interrupts the home electrical system.

Grounding is an essential protective feature that must be installed in all home electrical systems. It provides a path for the electrical current arising from faults that make the exposed metallic parts to become live and dangerous.

The ground connects all the exposed metallic parts to the earth mass through a third wire in the power cord to the equipment. This provides a low electrical resistance path for the current, hence, making the parts safe to the touch even in the event of a malfunction. 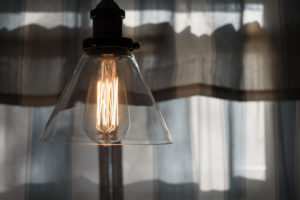 Due to the potential risks in the electrical installations, the wiring, connections and protection, and other components, are subject to international and national codes. One of the requirements is to ensure that only trained and fully qualified professionals carry out the electrical work regardless of size.

The users should never attempt to work on the systems since they will be exposing themselves to dangers such as electric shocks, injuries and sometimes fire which can be fatal. For this reason, homeowners should always seek the service of qualified electrical contractors for their new installations, upgrades, as well as maintenance and repairs.

Role of homeowner during design and installation of electrical system

The minimum spacing, number of outlets and other conditions are usually stipulated by the electrical codes; however, there are still some decisions that the homeowner has to make. Some of these include the number and exact locations of the outlets, switches, and light fixtures, as well as other special requirements such as the provision for hard-wired appliances.

The decision on where to place these depends on how the homeowner intends to use the different rooms, where to place the appliances, furniture, and electronics. In addition, it also depends on whether there are family members such as the elderly, children, disabled or people with special needs in the house. This will influence the design of the home electrical system which must now have enhanced safety and universal access.

How To Pass An Electrical Safety Inspection
Cordless Tools Recommended for Electrical Contractors
What are the Functions of Generators?

Residential solar panels are becoming increasingly common across the United States. With pricing coming down, many consumers can now afford the initial cost outlay for solar panel installation, and many states are now offering tax breaks for residents who install solar. Related posts:Money Saving Ways to Generate ElectricityBuilding Automation and Control SystemsA Buyer’s Guide to Electrical Supplies Related posts: Does your home electrical wiring need upgrading? Upgrading Wiring to Charge Electric Cars at Home Benefits of Ventilation Fans in Your Home How To Improve Room Lighting: Tips and Ideas